This is a Wiki about Murenase! Seton Gakuen that was created by the fans, for the fans, to bring you useful and informative database for all subject matter related to Bungo Yamashita's series Murenase! Seton Gakuen. Anyone can edit! We encourage users to help improve this wiki even more. Check out the above links to get an idea of how wiki editing works. Please read our Policies here.

Murenase! Seton Gakuen (群れなせ！シートン学園 | lit. "Come Together! to the Seton Academy") is a manga series written and illustrated by Bungo Yamashita. It has been serialized online by Cygames via Cycomi manga app and website since May 2016 and it has been collected in seven tankōbon volumes and published by Kodansha previously, and now it is published by Shogakukan. An anime television series adaptation by Studio Gokumi will premiere on January 7, 2020.

Seton Academy, a school full of animals where, thanks to population decline, there are fewer humans than any other creature. Jin Mazama, an animal hater and the only human male in his class, falls in love with Hitomi Hino, the only female human, the moment he lays eyes her. However he soon finds himself entangled with various other creatures after he reluctantly joins the 'pack' of Ranka Ookami the wolf, the only other member of her pack.

If you are interested to become an affiliate of Murenase! Seton Gakuen Wiki, kindly contact us.
Featured Video 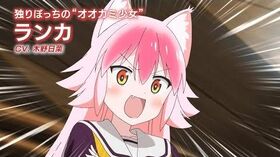 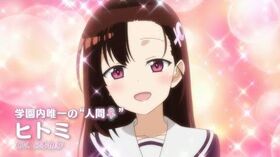